I switched to InterServer in Oct last year. From the beginning, everything was quite OK, given that they gave me extra 512MB of RAM to 1GB for my VPS. However, in the last couple of months, I kept getting error when I try to SSH into my server. It constantly giving me permission denied, even though I had entered the right password. To fix the problem I had to either reboot the server (sometimes work, sometimes no), or fire a support ticket and ask them to fix for me, but they never let me know what the problems are.

This time, I have fired three support tickets, they all fixed for me, but after half an hour or so, the issue came back again. It is just never ending.

Last week I saw an ad on Facebook from DigitalOcean, their VPS only costs $5 a month with SSD hard disks, sounds quite promising. So I took the action to spend a few minutes to setup my account and fire up a new instance (they call it Droplet). Although the memory is only 512MB, after installing PHP, MySQL, Apache, Postfix, Git and 5 blog websites (of course with low traffic), it is actually more than enough, unlike the one with InterServer with 512MB, it kept crashing when I was trying to do the initial setup (that was why they gave me extra 512MB for me to stay). 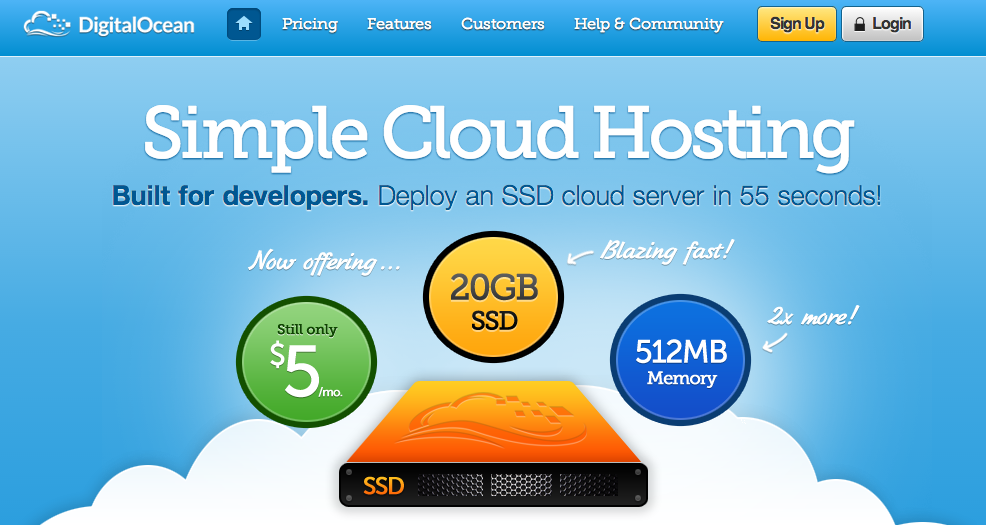 Now my server has been running over a week now with my backup Python script runs every day to upload data to my Dropbox account, everything is running smoothly. I have cancelled my account with InterServer.

So, don’t go for InterServer, they are crap. DigitalOcean is far better, like they said, they built for developers.

My new Snowflake Blog is now live. I will not be updating this blog anymore but will continue with new contents in the Snowflake world!